We can provide you with the technology for whichever type of Internet access best suits your requirements:

Your computers can be connected to the internet through an ADSL broadband service sharing a phone line. This is effective and fast. However, because the telephone lines were never designed to carry such high signals, ADSL is distance-sensitive. The farther away from the switching center the computer is, the weaker the signal and thus the lower the data rate. Thus, while ADSL can be a good choice for smaller businesses, it is less effective in larger companies where there is a significant quantity of computers.

An optical fibre is made of flexible glass or plastic and effectively moves energy from one end of the fibre to the other. Each fibre is only as wide as a human hair but contains much more data than an electrical cable and when two fibres run alongside each other, there’s no chance of cross-talk between the signals and they never pickup stray environmental noise. Still, for short distances and relatively low bandwidth applications, electrical cables are often preferred, as they are easier to install and less expensive in small quantities.

Cable Internet can provide higher speeds than ADSL but not the sequential upload speed that Fibre provides.

Hasson & Wong
I wanted to thank the team at Comtel for ensuring our transition to our new phone system went smoothly.  This is the second phone system we have had installed by Comtel and they continue to be a great company to work with.  Comtel has always been there when we needed them and have gone out of their way to ensure our needs are met quickly and efficiently.   Thank you again for the great service.

Premium Brands Holdings Corporation
“Comtel has been great to work with right from the start of the installation of our three Mitel/Inter-Tel phone systems.  We have always been able to rely on the technical staff to solve every challenge that has come up. Overall, the team at Comtel is well equipped to provide excellent customer care.”

TimberWest Forest Corp.
“I wanted to thank you for the unsurpassed service, support, and products Comtel provides TimberWest. Your phone system is excellent. Anytime we needed a change to services or a convoluted configuration adjustment, you responded promptly and professionally. Because of your flexibility and expertise, our phone systems are running smoothly and without interruption.”

World Journal
I wanted to write to you and Comtel to thank you for the wonderful telephone system that you sold us. I also wanted to tell you how much I appreciate the outstanding service that you provided my company over the years.

BCSPCA
The BC SPCA has worked with Comtel since 2005 when we desperately needed a new phone system for our Provincial Office.  Our experience with Comtel led us to order fourteen more phone systems for our locations across BC.  Comtel has ably interconnected our various locations and provided a convenient single point of contact for our telephone needs.

Pacific Land Group
Throughout the many years (twelve, maybe more?) that we have done business with Comtel Integrated Technologies Inc, your service and expertise have been exceptional. Your equipment recommendations have always been on target—simple, practical, with advanced enough technology to meet future needs. Not only were you able to meet all of our criteria, but you also kept the cost within our budget. Installation was quick, on schedule and without interruption to running our business. All of these attributes would be reason enough to recommend you to anyone contemplating doing any business with Comtel. 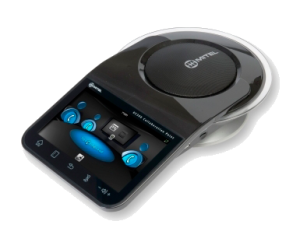